The Links, Incorporated was founded in the North by Philadelphia friends Margaret Hawkins and Sarah Scott. Hawkins and Scott knew that the inner-city club created in 1946 to support and enhance the lives of African Americans was having a major impact. Families and communities in five areas on the East Coast were benefiting from The Links, Incorporated’s three-fold aim of civic, educational and cultural activities. Extending their chain of friendship and service to the South was a natural progression.

Thirteen women shared that vision and established the organization’s sixth club in eastern North Carolina on April 18, 1948. The Wilson-Rocky Mount-Tarboro Club was the first in what is now known as the Southern Area. Like their predecessors, the women focused their efforts on programs related to education and improving the lives of African Americans in their community.

Growth in Southern Area of The Links, Incorporated over the decades directly corresponded to the needs and challenges faced by its members and the African American community as a whole. In the 1940s and 50s, chapters expanded from North Carolina to Alabama, Florida, Georgia, Louisiana, Mississippi and South Carolina. Members of the 23 chapters focused their efforts on support of the NAACP and service programs that enhanced youth and enriched education. 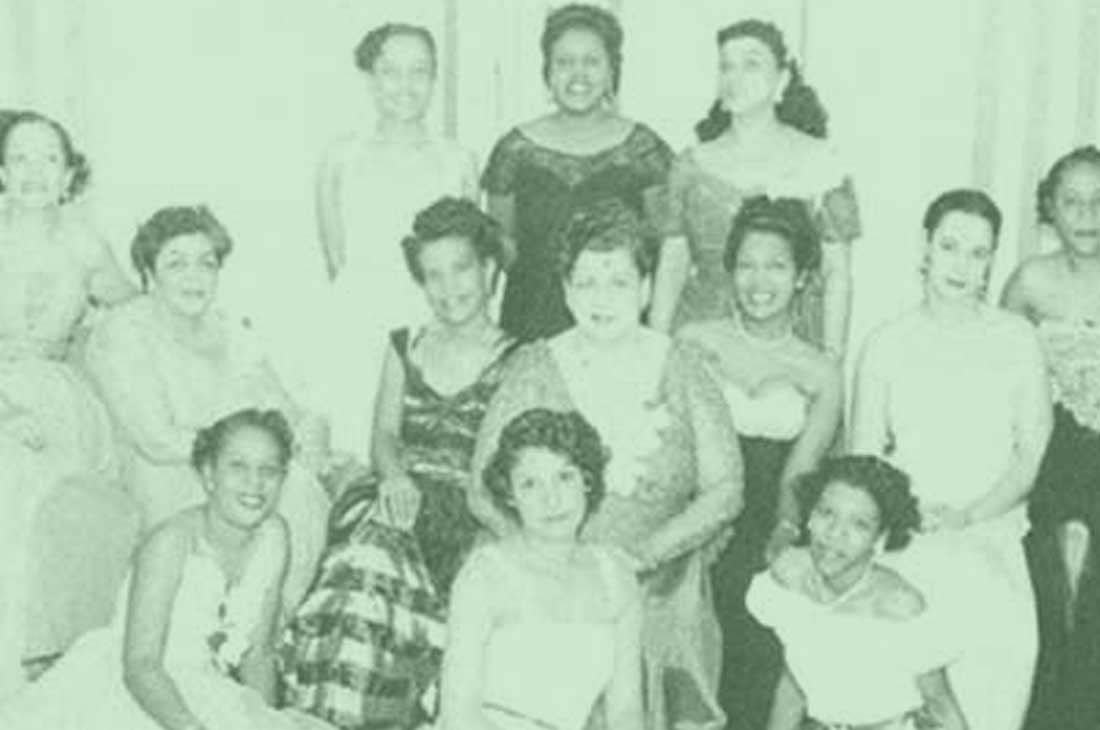 In the turbulent 1960s, another eight chapters joined the Southern Area and members found themselves in communities that increasingly resisted segregation and demanded more from society and its institutions. Programs to enhance education and develop youth of African descent continued.

The 1970s brought about significant changes for America and the 42 chapters of the Southern Area. Members enjoyed unparalleled administrative growth and the deepening impact of their service. The 1980s thrust the group forward, which caused members to reflect on the meaning of their involvement. Sixty chapters now included one outside the continental United States, in Nassau, Bahamas. Southern Link accomplishments were detailed in our first history book.

Racial inequities, anti-drug efforts and access to quality education dominated the 1990s and provided Links countless avenues to protect and enrich their communities in 14 additional chapters. Programs focused on the African American family and an effort to increase bone marrow and organ donors. The latter was significant for the African American community that traditionally has fewer donors, but a greater need for transplants. Linkages to Life, the Southern Area program, became a National Initiative, embraced by Links in all areas.

The Southern Area of The Links, Incorporated entered the millennium with a new chapter in South Africa and a focus on improving the lives of those of African descent in America and around the globe. Nine schools were created in South Africa and sponsored by the Southern Area and Southern Area chapters and clusters. American students weren’t ignored in Links’ efforts. The Historically Black College and University Scholarship Endowment Initiative established endowments at all 51 institutions in the Southern Area. As a National Initiative, this support was expanded to all 105 HBCUs nationwide. Another program, Links Day at the Capitol, created a venue for community concerns to be presented to legislators.

Childhood obesity was another concern addressed by Southern Area Links. The Commission on Childhood Obesity Prevention, composed of national experts in the health care field, was established to foster a discussion on the topic. Childhood obesity prevention became a National Initiative. In recent years, the Southern Area also on focused on improving science, technology, engineering, and math education for students and promoting STEM careers using arts integration. Today our programmatic thrust has expanded to include youth aging out of foster care (Closing the Gap), real estate retention (Healthy Homestead), breast cancer awareness (Links in Pink) and the introduction and advancement of emerging artists of color (Artists Noir).

Today, The Links, Incorporated, the international, not-for-profit organization, includes 80 chapters in the Southern Area encompassing Louisiana, Mississippi, Alabama, North Carolina, South Carolina, Florida, Georgia and the Commonwealth of the Bahamas. Our goal remains to enhance, sustain and preserve the culture, health and economic viability of African Americans and people of color .

Chapter 11 The Southern Area: The Leader