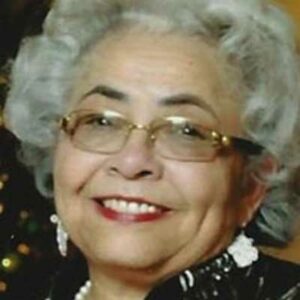 Nancy Shade Anderson served as the 15th Southern Area Director from 1999-2003. Her theme was Celebrating Our Journey of Friendship and Service. During Anderson’s tenure, The Links, Incorporated entered the Millennium with chartering a new chapter in South Africa and a focus on improving the lives of those of African descent in America and around the globe. The Links, Incorporated extended its chain of friendship to South Africa during Anderson’s administration. The South Africa Chapter, which was a part of the Southern Area, was based in three cities—Durban, Johannesburg and Cape Town and these new Links were instrumental in continuing the organization’s “Education Across the Miles” school projects. Anderson oversaw the creation of nine South African schools sponsored by the Area, chapters and clusters. This meant that a greater number of African children were able to attend schools and have the necessary supplies to achieve learning success. She hosted a welcoming reception for the new South Africa Chapter at the 33rd National Assembly in Chicago.

Supporting the Linkages to Life program, Anderson understood the importance of promoting organ tissue and bone marrow donation awareness among The Links, Incorporated. Numbers among Links members participating in the national program increased.

Understanding the burgeoning technology landscape; and expanding effective communication and operations among members, Anderson established the first monthly e-newsletter, compiled an email directory and developed specific guidelines for conflict resolutions in in the more than 70 chapters.

As Anderson retired her role as Area Director, she ensured that the Southern Area was in a positive financial position.

LESSON IN LEADERSHIP: IN HER OWN WORDS

I was the 15th Southern Area Director, and I enjoyed every minute of my tenure. More than anything, it was the people and friends I met as I led the Southern Area. I learned many years ago when you are the leader no one cares as much as you do. As a leader one must be dynamic, wise, and a visionary.

Harvey Firestone once said, “To get the best from people, we must give the best of ourselves.” That is true whether it is giving your best to The Links, Incorporated or to  whatever else might be left to your charge. When a Link is elected chapter president or to any other position of leadership, her first realization must be that she cannot do it alone. As leader, her primary job will be to get people to work together with purpose and commitment for a common goal. As a leader, she must provide her team members with opportunities to succeed on their own. These opportunities will lead to skill. Skill leads to experience, and experience leads to team solidarity. Skill and experience may also be attained through dedicated self-directed education, including hands- on experiences. Essentially, the implementation of these elements leads to the creation of your philosophy of leadership.

As you are aware, it is one thing to gather people together and call them a team, it is quite another to bring a group of individuals together and have them think, act, create, and perform as one. Leaders in The Links, Incorporated not only have to bring a team together to think, act, create and perform as one, but they also have the burden of doing this “in friendship.” That is an awesome responsibility.

An effective leader has vision. Your vision is probably the strongest and most important building block when building an effective team and leading the members of your chapter.

Where are you taking the Chapter? What do you hope to accomplish during your tenure? What and who will be required to accomplish this, i.e. who will you need to fulfill your vision? Effective leadership determines the experience and talents needed, recruits the individuals, places them in the appropriate position, and empowers them to complete their assignment. On occasion, a team member may do better in another position, do not be afraid to reassign her. One of a leader’s strengths must be to evaluate and assess the team and its’ members, their potential and where they can best contribute. All parts of the team must be built, enhanced, and maintained.

Robert Jarvik said, “Leaders are visionaries with a poorly developed sense of fear and no concept of the odds against them. They make the impossible happen.” The president must be capable, experienced, have integrity, leadership skills, and the chapter’s respect. Members will recognize whether or not their leader is capable of leading, has a vision, gives them respect, allows them to do their job, gives them support, challenges them, and disallows internal conflict. Effective leadership happens when the following three components are in place:
1. Clear expectations of what is required and the context in which they are functioning.
2. Commitment – members should want to participate, feel the mission is important and of value. Instill a sense of ownership.
3. Communication – to ensure success and viability the leader must communicate with the team, and the team must communicate with each other and the larger body. Everyone must feel free to have her say and feel involved in the decision making and planning process. Information must be shared and used to benefit the entire group.
4. Evaluation of the progress toward the ultimate goal ~ both Chapter and National.

Our best leaders are those who have sisterly feelings for chapter members, employ a sense of fair play, love the organization, are knowledgeable, possess a good sense of humor and have the ability to laugh at themselves, respect the fact that all members are created equal, honor Chapter organizers and practice timeliness and neutrality. This might seem to be a tall order, but it is quite manageable when one cherishes every moment of it all, so lead with honor and serve with passion. I am honored to share my experience with my sisters,

QUOTE: “Our legacy has been emerging, strengthening and evolving since 1946, because what is legacy, but a gift, a bequest we receive from our predecessors. Our legacy from Sarah Scott and Margaret Hawkins and their friends is rich, decisive and resolute. (Since the beginning) we have committed ourselves to enriching, and helping sustain the lives of African-Americans and others of African ancestry.”