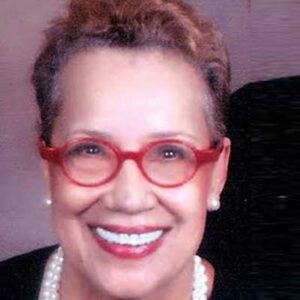 Mary F. Currie served as the 17th Southern Area Director from 2007-2011. Linking Our Actions Today With Our Dreams For Tomorrow was an appropriate theme for Currie’s programmatic thrust.

Recognizing that American health was in a state of crisis, particularly where children were concerned, Currie sought to make a significant and life-saving change in their lives. In 2008, under her leadership, the Southern Area officially launched the Commission on Childhood Obesity Prevention. The Morehouse School of Medicine served as the program’s site and work there was funded by a $300,000 grant from the W. K. Kellogg Foundation. Reducing obesity meant researching its causes. Data from commissioners, experts, community forums, and program participants was collected and shared all with the aim of reducing obesity in African American children, particularly in the ten Southern Area states that had the highest obesity rates in the nation. To further educate those children and encourage them to live healthy lifestyles, Currie oversaw the creation of a culturally centered curriculum, which was used in schools and other organizations. Chapters answered the call to educate communities on exercise, nutrition and the pursuit of healthy living. This initiative continues its reach throughout The Links, Incorporated as a national initiative of the Health and Human Services facet.

Not all of Currie’s efforts benefited youth. She remained focused on strengthening the bonds of friendship and building a greater sense of community among Links in the Southern Area. Currie began the effort to get chapters to develop websites and use more technology to share information and increase efficiency. She never forgot that her efforts were only possible because of the work of the previous Southern Area Directors and the National Presidents from the Southern Area. To honor them, she commissioned an overview of some of the Area’s greatest achievements and most notable leaders entitled, The Southern Area of The Links, Incorporated: Embracing Our Legacy,” which was distributed at the close of her administration at the Southern Area Conference in New Orleans, Louisiana.

QUOTE: “We have unselfishly offered our time, talent and support to continue the Southern Area’s legacy of friendship and service. The creativity of our programming, the depth of our service and the warmth of our friendship continue beyond measure. We have had many exciting accomplishments.”