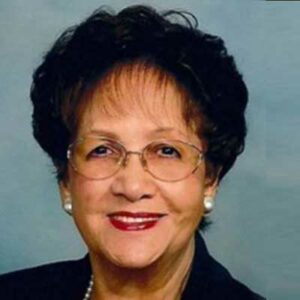 Joyce Martin Dixon served as the 14th Southern Area Director from 1995-1999.   Her administration’s theme, Launching Linkages, used the terms “launching” as a tribute to her role on the Space Shuttle team, and “linkages” in honor of the National President Patricia Russell McCloud (1996-2000), a Southern Area Link whose theme was “Linkages Toward the Possible.”

The Southern Area Email Directory, which fostered better communication, began during Dixon’s administration. She also updated the Southern Area History to ensure the preservation of all that had been accomplished.

Dixon implemented Linkages to Life: Organ, Tissue and Bone Marrow Donation Awareness Program. Through her work, both chapters and they communities they serve were educated about transplantation and the crucial need for organ and bone marrow donors. Her effort became a Links National Signature Program, “Linkages to Life,” which is credited with reaching millions of people through the media, workshops, and faith-based programs.

IN HER OWN WORDS: LESSONS IN LEADERSHIP

I am grateful for the opportunity to revisit four magnificent years as the 14th Southern Area Director.
My two terms can best be described as a privilege and a challenge: a privilege because of the caliber of women in the Southern Area and a challenge because of circumstances that allowed us to spread our wings and soar. The Executive Committee and I soon learned that the goal, “Meet community needs,” was synonymous with diversity and began every undertaking with that in mind. One initiative became a National Signature Program – Linkages to Life. The organ, tissue and marrow donation awareness program is credited with reaching thousands of people through Donor Sundays and millions more via media coverage.

What makes a person a leader? After listening to professionals and reading books and articles on the subject, the following were chosen as my eight principles because of life’s experiences and it gives me great pleasure to share
them with you.
1. Exercise faith. There were times when I worked on a project until the energy level was depleted and said: “Okay, Lord, it’s all yours.” The lesson learned was: He knows the shortcuts.
2. Learn something new everyday. A year ago I had never heard of a Webinar. If we don’t board the Learning Train, it will leave us behind.
3. Laugh. It does wonders for wrinkles, heart and soul. I telephoned a friend, who is an aerospace physician, and asked: “Is this a convenient time to call?” Her reply was: “I was just watching cartoons.” That statement got my attention.
4. Develop a passion. Concentrate on doing something for somebody else. My passion, which is Linkages to Life, began fourteen years ago and is still going strong. Another dream was realized this month: we observed Donor Sunday in Washington and the worship service was totally awesome.
5. Love yourself. That is not easy for many of us. I have always loved to give, but when gifts were offered to me I said: “You shouldn’t have.” A friend compassionately told me this: “Other people also love to give. You take a blessing away from a person when you do not graciously accept a gift.” From that day until now, “bring ‘em on.”
6. Let things happen. Issues and incidents occur that we cannot control or just plain-out forget because our plates are running over. So, you left names of members celebrating birthdays off the agenda and Link Agitator complained. Let go and move on.
7. Discover what is unique about you. Are you a designer, writer, musician? Decide what it is and capitalize on it.
8. Share resources and talents. I chaired a committee that decorated dormitory parlors at my alma mater. Each time I drive by a building, a sense of accomplishment warms the entire spirit even though the only things visible from the street are the blinds.

Service to The Links, Incorporated during the past thirty two- years included: Area Director, Vice Director, Secretary; Chapter President, Secretary, Treasurer; and chair of committees on all levels. I am now National Linkages to Life Chair. The rich experiences and countless memories provided by you, my sisters, help make me the woman that I am and for that I thank you and love you. We have much for which to be thankful.

Quote: “Creativity ignited the ideas, cooperation provided the intensity that kept them afloat, and continuity energized their soaring to extraordinary heights.”