ENEID A. FRANCIS – Southern Area of The Links, Incorporated 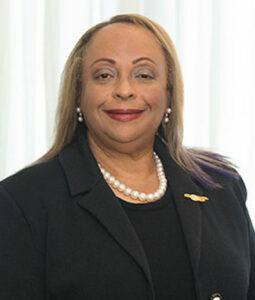 Attorney Eneid Francis served at the helm of the Southern Area from 2011-2015 under the theme “Effecting Change Through the Power of Friendship and Service.” The result of her efforts could be summed up as unparalleled growth and accomplishment.

“This success was the result of our never-ending commitment to fostering greater friendships among our members and providing more impactful, transformational service in the communities we serve,” she shared. Her administration’s programmatic thrust included: Mentoring children, giving them the STEM training they need to succeed in college and beyond; Focused on healthy living creating opportunities for families to make better meal choices and encouraged them to exercise more and brought the arts to students and communities who were hungry for greater cultural exposure. Member participation in Area Links Day at the Capitol events grew and when disasters struck at home and abroad, Links hands offered caring support and basic necessities as victims struggled to put their lives back together.

ACCOMPLISHMENTS
PROGRAMMING: Focused on decreasing the existing disparities among the minority populations in the United States and abroad through programs that are transformational and sustainable and in alignment with the organization’s program initiatives.

“What we have done makes me proud to have served with you and called you my sister and friend.” Said Francis. She was known amongst her Executive Team to often seek input and create an open dialogue building a sense of community ownership of those who served under her leadership. She has continued her love of service and Links by serving as the current Southern Area Parliamentarian. Many of the contributions she introduced as Area Director are still being utilized and valued today, including her mentee, 20th Southern Area Director Sylvia Perry.